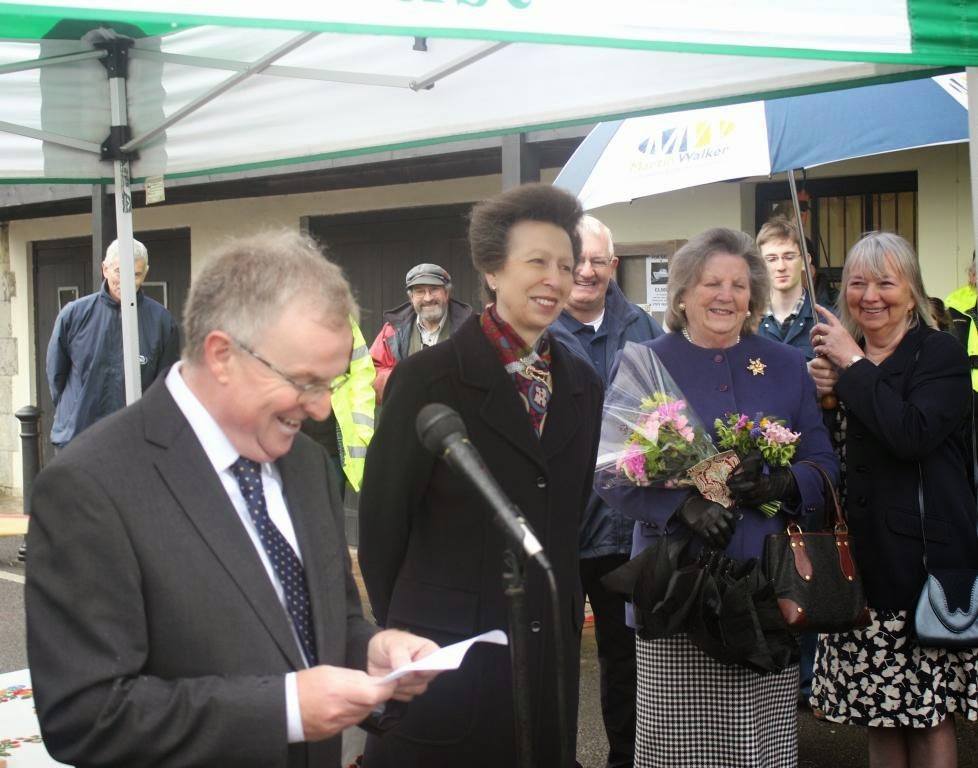 Trust Council met on 22 April.  It reviewed financial performance and the annual budget as well as the near final draft of the accounts for 2013.

Trust Council noted the successful royal visit on 7th April when HRH the Princess Royal had met more than 70 volunteers.

It noted excellent progress on the Crofton project and agreed to change admission procedures at the Trust museum to a suggested donation basis in order to increase opening hours.

Trust Council agreed to replace the obsolete PCs in the Trust archives.

The minutes of the meeting are available HERE
Posted by The Kennet Avon Canal Trust at 10:38 No comments:

The 52nd Annual General Meeting of The Kennet & Avon Canal Trust will be held at West Lavington Village Hall, Sandfield, West Lavington, SN10 4HLon Saturday, 17th May 2014, commencing at 10.30 am, to conduct the following business.
Ordinary Resolutions (See note i below):
1.    To receive and adopt the Council’s Report and Accounts for the year ended 31st December 2013.
2.    To elect Members to be Trustees:
a.    Rob Dean, Pauline King and Terry Mundy retire in accordance with Articles 50 and 51 of the Trust's Articles of Association. They, being eligible, offer themselves for re-election.  (Note: The above persons make up the number of annual retirees required by Article 50 of the Trust’s Articles of Association.)
b.    David Copley retires in accordance with Article 39 of the Trust’s Articles of Association.  He, being eligible, offers himself for re-election.
c.    Nominations for election to Trust Council have been received from Mr David Inight and Mr Peter Turvey.
3.    To resolve to adopt the revised “Objects” of the Trust as published and notified to members in April 2014.
4.    To authorise Council to seek approval by the Charity Commissioners, of the draft Articles of Association of the Kennet and Avon Canal Trust as published and notified to members in April 2014
5.         A copy of the draft minutes for the AGM 2013 and the agenda for the AGM 2014 are available by clicking on the text.
By Order of the Board of the Kennet and Avon Canal Trust

Daisy Mundy Company Secretary
1 May 2014
Notes:
i.      A member entitled to attend and vote may appoint a proxy to attend and vote in his/her stead.  A copy of the proxy form is here.
ii.     Notes for guidance together with nomination forms are available from the Secretary by e-mailing secretary@katrust.org.ukor in writing to The Secretary, K&A Trust, Canal Centre, Couch Lane, Devizes, SN10 1EB. Closing date for receipt of valid nominations is noon on 15th May 2014.
iii.    The Board of Trustees is currently seeking individuals specifically with skills in fundraising, marketing and volunteer management.
iv.  For information, the existing memorandum & articles of association are available here
Registered in England and Wales: No 726331. Registered Charity: No CC209206
Posted by The Kennet Avon Canal Trust at 08:16 No comments: