You may notice some of the website photos have been removed, as these are copyright to Mr Bob Naylor. We apologise for placing them on the website, which were removed yesterday.

We will endeavor to visit the attractions and trip boats within the next month to photograph them. However, if you have a photograph you would like to send in, along with your name, please feel free to email them to: enquiries@camelotmedia.co.uk

we apologise for any inconvenience caused.

Webmaster
Posted by The Kennet Avon Canal Trust at 01:10 No comments:

The British Waterways Advisory Forum (BWAF) has elected Clive Henderson as its new chairman from 3 November 2010.

Mr Henderson, also national chairman of the Inland Waterways Association and a keen narrowboat owner since 1984, takes over the role from the incumbent BWAF chairman Nigel Stevens.

Run by its members, BWAF represents all national waterways interest groups and has a remit to debate and advise BW on strategic issues. It holds two general meetings each year, attended by senior BW managers.
Clive Henderson says of his appointment: “I am looking forward to chairing the advisory forum at this crucial time for British Waterways as it seeks greater independence from Government and new levels of engagement with traditional waterway stakeholders, as well as with others dependent upon their future wellbeing. I hope that my time as chairman will allow the many waterway supporter and user groups represented on BWAF to influence the agenda and ensure that our combined voice is one that is both respected and listened to.”

Simon Salem, marketing director of British Waterways, says: “I am delighted that Clive has been elected to this role. BWAF provides BW with wide-ranging advice, including most recently on our proposed move to the third sector. I am confident that Clive will be instrumental in helping us shape the future of ’s waterways.”

Elections for vice chair will be held in November with a view to handover in Spring 2011.

Posted by The Kennet Avon Canal Trust at 07:03 No comments:

British Waterways and the Trust pilot the third sector

As part of its plans to establish a ‘national trust’ for the nation’s canals and rivers, British Waterways (BW) together with the Kennet & Avon Canal Trust (KACT) are piloting an innovative approach to managing the 200-year old Kennet & Avon Canal. The launch of the initiative will give the people that use and waterway and the communities that live alongside it a much greater say in how the canal is managed.

Following discussions, which also included representatives from the Inland Waterways Association (IWA), the KACT and BW will work together in setting up a Waterways Partnership Board for the canal. Members will be drawn from the highest level from the five local authorities and other key stakeholders who came together and led on the canal’s restoration.

The pilot includes reviewing the current plans of both organisations including development, operations, funding requirements etc. and by September agree and produce a combined Waterway Area Plan for the canal corridor which can be implemented by all partners.

It is hoped that the pilot will provide BW with valuable rmation and experience on how to put waterways on a 'more sustainable footing' and ensure the lessons are incorporated into the consultation on the setting up of a new third sector body.

Commenting on the pilot David Rees chair of the KACT said: “To ensure and safeguard the future of the , and as a model to be considered for other waterways, it is essential that decision making and engagement comes closer to the people and organisations which it serves and is more integrated into local communities. A key feature will be the drive to attract more volunteers to the canal. We can achieve this by offering new opportunities and demonstrating that it's worth getting involved because there is a real chance to make a difference.”

, marketing director at British Waterways, said: “Local communities are crucial to the sustainability of their waterways. We hope we will learn a lot from this pilot and that it will rm further discussions on British Waterways' proposed move to the third sector.”

Clive Henderson IWA national chairman said: “We are delighted that this approach is being looked at as a model for ensuring firm local partnerships, as we want more local accountability. We are pleased to be part of that development process and will continue to help support it.”

Posted by The Kennet Avon Canal Trust at 08:53 No comments:

The Kennet & Avon Canal Trust in partnership withThe Bradford on Avon Preservation Trust present an exhibition to celebrate the 200th anniversary of the opening of the K & A canal.

in the picturesque West Barn

The exhibition then transfers to the

Bradford on Avon Museum from 4th June until 17th June

Posted by The Kennet Avon Canal Trust at 08:41 No comments:

British Waterways will be presenting their recommendations following a national and local consultation asking for comments on the management of canal moorings.
Please contact Margaret Tipper to book a place on this event by emailing areaboardscentral@wiltshire.gov.uk or calling 01225 718441.
Please could confirm your attendance by the 26th May.

Click here for the flyer
Posted by The Kennet Avon Canal Trust at 00:22 No comments: 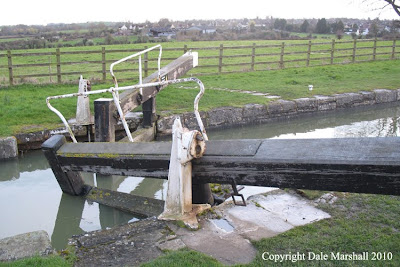 A report from Dale Marshall from BW

Dale Marshall
Posted by The Kennet Avon Canal Trust at 00:57 No comments:

British Waterways is working with the Glastonbury Festival to recycle the old lock gates from the .

The lock gates that were taken out of the Caen Hill Flight earlier this year as part of a half-a-million pound maintenance programme, are being reused and recycled at the Glastonbury Festival this year. They will be creating a bridge with some of the old gates. The bridge is in memory of Bella Churchill, the grand-daughter of Sir Winston Churchill, a glamorous debutante who very publicly dropped out of high society to run the festival.

A set of gates (2 lock gates) are going to be loaded onto a lorry and transported to Worthy Farm, site of the Festival this Thursday, 20th May
Posted by The Kennet Avon Canal Trust at 00:51 No comments:

Click here to view
Posted by The Kennet Avon Canal Trust at 07:03 No comments:

Richard Benyon has been appointed as Parliamentary Under Secretary of State Defra.

Richard Benyon has been MP for Newbury since May 2005. Before coming to government Mr Benyon served as a Shadow Minister for the Environment, Fisheries and Wildlife. Prior to this appointment he was a Party Whip. He has also served on the Home Affairs Select Committee.

Growing up in Reading, Richard attended the Royal Agricultural College. He is a riparian landowner and farmer on the Kennett & Avon Canal, and a former soldier and founder of the charity help for heroes.

He is a vice president of the Kennet and Avon Canal Trust and a keen angling supporter.

Mr Benyon said he was very pleased to join the government and looked forward to meeting Mrs Spelman. "When we were in opposition there were a lot of things we wanted to do and couldn't achieve, but now we can move forward," he said.

Posted by The Kennet Avon Canal Trust at 07:00 No comments:

As part of the K&A200 celebrations, BBC Radio Wiltshire are going to Broadcast their morning Show with Mark O'Donnell, from the 24th May for a full week at various points along the canal.

Currently the proposed points are as follows (subject to broadcast tests)

If you wish to discuss any project/History/Wildlife etc relating to the canal during the broadcasts, please contact Mike Rodd at the Trust office or Alan Whitewick (The Butty) via email at alanwhitewick@btinternet.com
Posted by The Kennet Avon Canal Trust at 00:25 No comments:

The Kennet & Avon Canal Trust is seeking additional volunteers to help crew and run its trip boat “Jubilee”, which operates from Brassknocker Basin, located between Claverton and Limpley Stoke, just off the A36, East of Bath. The boat does regular public trips on Sundays (12.00 & 14.30) and on Bank Holidays (12.00 & 14.30), with additional trips on Tuesdays (14.30) in July and August. The boat is also available for charter trips and undertakes many trips for schools.

The K & A Canal Trust operates 4 such boats, the others operating from Bradford-on-Avon, Devizes and Hungerford. The boats are all run by volunteer Trust members, acting in a range of roles -- as boat skippers, boat and booking managers, helmspersons (steerers), bow person (front lookout) boat crew, bar attendants, etc. Full training is provided by the Trust.

The K & A Canal Trust invites anyone who is interesting in helping to come and find out more by experiencing a free trip on Jubilee on Saturday 8th May, leaving Brassknocker Basin at 2.30 (14.30).

Posted by The Kennet Avon Canal Trust at 00:34 No comments:

Winner of the Scrape Boat Challenge.
Every year on the Bank Holiday Sunday the scrape boats made out of bits and pieces (no motors) are built, scrutinised and entered along with a £5.00 fee to the challenge. They are launched together and race along a prescribed length of canal cheered on by everyone. The winning amount always £50.00 at least is given to a Charity chosen by the builder of the winning boat. This years winner was John Arthurs, past Trust council member for Newbury Branch, past Newbury Water Festival Harbour Master, previous chair of the DBC boat club and Trust volunteer especially at Crofton. He and his wife Val are off on a trip round the system for the summer and joining the club again at the IWA Festival Beale Park. At our dinner that evening he was presented with his winners cheque, which he promptly passed over to the person sat opposite him, who just happened to be the Treasurer of the Avon Vale Group. What a wonderful gesture from a boat made out of scrape a donation to a boat basically rescued from the scrape, thank you John.

Caen Hill locks are closed today (04 May 2010) and possibly tomorrow (05 May 2010) to an emergency repair of a broken Lock Chamber Wall.
Posted by The Kennet Avon Canal Trust at 03:21 No comments: