Voting has now opened in the Natwest Community Force project to repair the towpath at Westleaze Swindon.

This essential piece of work will help to maintain the water level in the canal and help supply water to the wetland project at Rushey Platt via the spill weir.

All details are at :

http://communityforce.natwest.com/project/3910
Posted by The Kennet Avon Canal Trust at 00:20 No comments:

The New Waterways Charity that will become the guardian of the canals and rivers in England and Wales from April next year is recruiting people to chair the Waterways Partnerships that will help shape the future of the waterways in each of the partnership areas. The role of each Partnership is to give local people a greater say and role in how their canals and rivers are run, working with local managers to develop strategies and plans and to build local involvement and participation in the waterways.

Each of the eleven administrative areas of the waterways network will have a Chair and Partnership Board recruited and up and running by April 2012. There will be two further Partnerships for the waterways museums and All-Wales issue

Chairs are being recruited before Christmas for Manchester & Pennine, North Wales & Borders, South Wales & Severn, Kennet & Avon and the All Wales Partnerships. The Kennet and Avon Waterways Partnership (presently chaired by the K&A Canal Trust Council Chairman, Mike Rodd) is included in this first round to confirm the position of the Trial Partnership and bring this appointment into the recruitment process agreed by the Transition Appointments Committee. This round will also include a review of the Trial Partnerships in the West Midlands and North West with a view to releasing them from their “Trial” status, and arrangements will be made to set up the Museums Partnership as the successor to The Waterways Trust Museums Management Board.

Chairs for Local Partnerships in the North East, Central Shires, East Midlands, South East and London will be recruited in a second round starting in January.

The Transition Appointments Committee is recruiting the Chairs on behalf of the New Waterways Charity. The Committee comprises Roger Clarke and Dinah Nichols, who are members of the Defra Advisory Panel on First Appointments and Transition, and two transition trustees, Lynne Berry and Tom Franklin. They will be working with Roger Hanbury, Chief Executive of The Waterways Trust, and local waterway managers to recruit Chairs for the Local Partnerships.

Roger Hanbury comments: “The Waterways Partnerships are integral to the stewardship and development of the waterways within each Partnership area. They shape the strategies and plans for each waterway, guide decisions about spending, and help develop external funding and volunteering. They will champion the interests of the waterways at a political level, with business, and with the community and develop action plans for local engagement and participation.”

A written record of all meetings will be publically available on the web. All positions on the Partnerships will be un-remunerated, but agreed expenses will be reimbursed.

and www.thewaterwaystrust.org.uk
Posted by The Kennet Avon Canal Trust at 04:42 No comments:

Click here to read this June's Trust Council Minutes
Posted by The Kennet Avon Canal Trust at 00:11 No comments:

Here is the first of 3 photos of last Fridays PWC workparty at Burghfield. 32 PWC staff took part (working in teams of 8 to 10 people) together with 3 KACT supervisors, 1 PWC supervisor and a PWC first aider (who had a quiet day). The weather was kind, all the planned work was completed and a safe, productive and very happy day was had by all.

Many thanks to Derrick for background safety and procedural advice, to all KACT people involved in getting equipment to the eastern end of the canal (and back again) and to Rob for supplying the painting materials and quietly checking that we had things properly in place to make the day work properly. Without your help and backing the day could not have taken place. 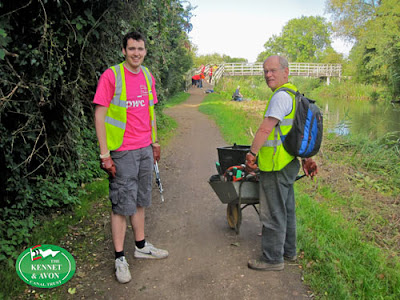 Above: Andy James with Tom Sheppard, the PWC supervisor, plus the bridge gang in the distance 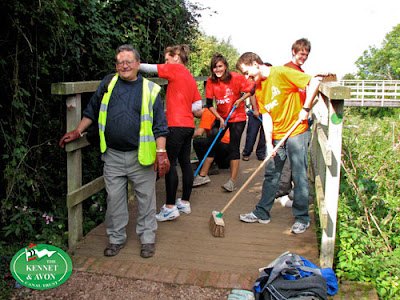 Above: David Copley with the bridge cleaning gang working 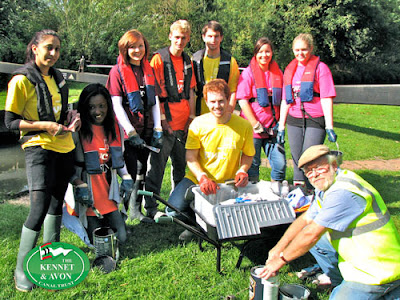 Above: Gerry Thorne with the lock beam painting gang.
Posted by The Kennet Avon Canal Trust at 00:46 No comments:

Click here to read the Trust Council Minutes from August 2011
Posted by The Kennet Avon Canal Trust at 00:12 No comments:

The Kennet and Avon Canal Trust is seeking to appoint to this interesting post in our small but busy Headquarters in Devizes. The successful applicant will supervise a small Team of staff who support the work of the Trust along 87 miles of canal. Working alongside Trustees and Directors who manage and direct the organisation you will be in daily contact with Volunteers, members of the public and staff from partner agencies.

The normal working day will be 9.00 till 5.00 Monday to Friday but some flexibility will be needed to support early evening meetings on occasions.

It is with great sadness that I am writing to offer my resignation as General Secretary for the Trust. I absolutely adore working for the Trust, with the great staff at Devizes and with all the partners and volunteers along the canal. However, I have decided to move to Devon to be with my partner Russell and the commute is simply too far!

As discussed, I would like to leave at the end of October, but will only be a phone call away and available to support the new person into the role however I can. 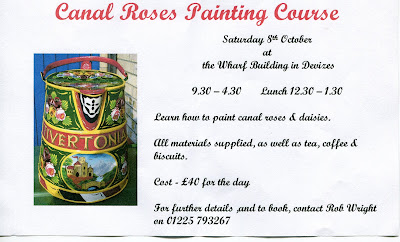 Posted by The Kennet Avon Canal Trust at 01:09 No comments:

A Letter of Thanks 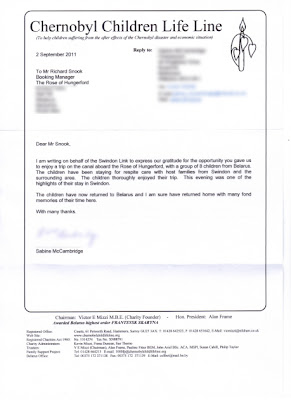 Posted by The Kennet Avon Canal Trust at 00:16 No comments:

BOA British Waterways letter of thanks 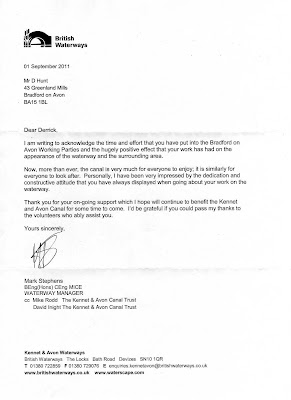 Posted by The Kennet Avon Canal Trust at 00:22 No comments: