Our next working party is this Sunday from 10.00 till 12.30. We have a busy programme planned continuing the clearance of the Picnic site area and the area below the Lock. If you would like to help us tidy up Bradford on Avon Wharf please join us on Sunday. All tools are provided, just come with warm clothes and sturdy boots. Hot drinks will be available from the Tea Shop.
Meet at the Wharf Tea Shop , the work party organiser Derrick Hunt will be pleased to meet you there.
Posted by The Kennet Avon Canal Trust at 00:24 No comments:

Great photos from last night's parade in the snow - appropriate timing for the Christmas atmosphere! 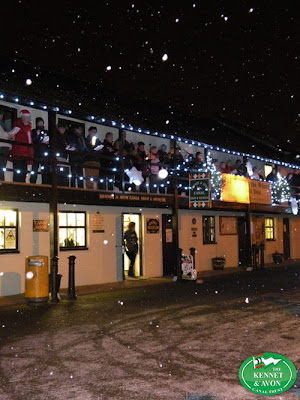 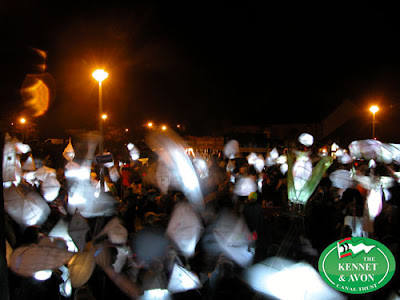 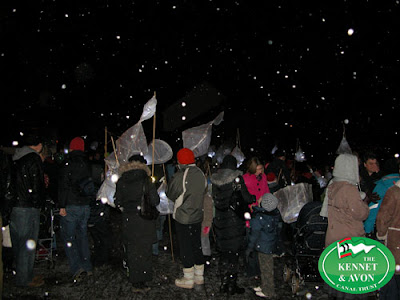 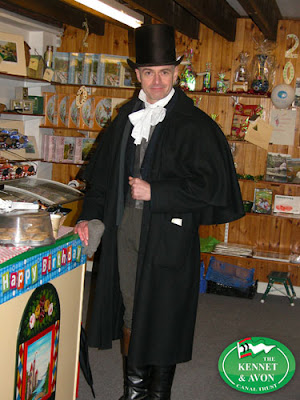 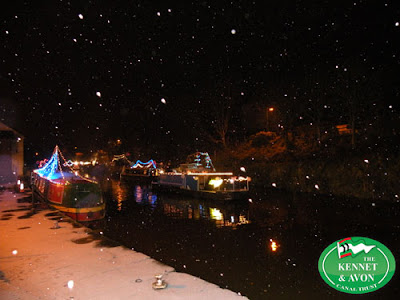 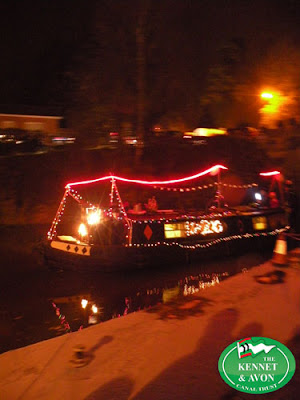 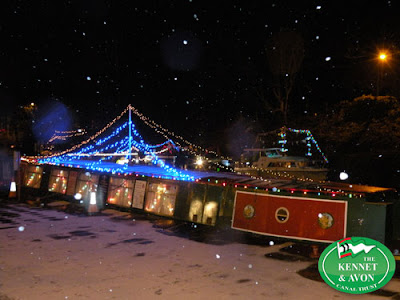 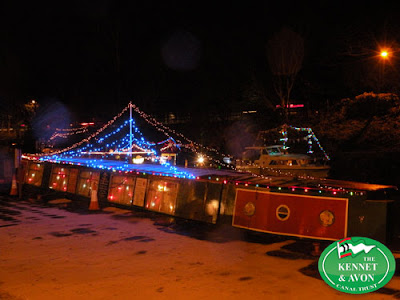 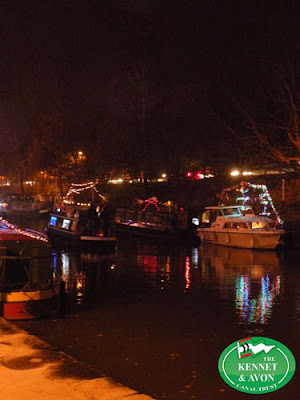 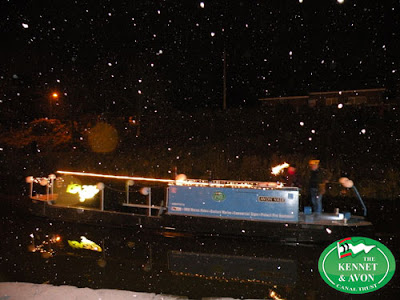 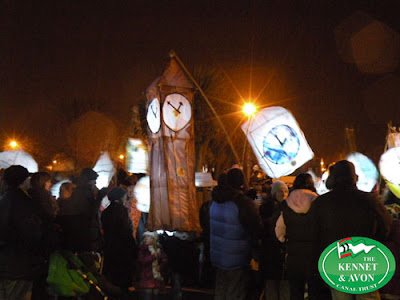 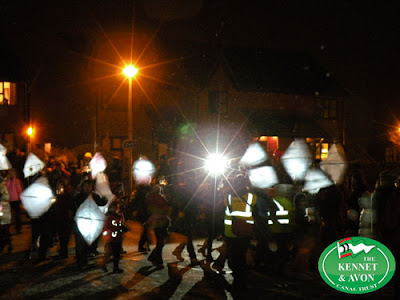 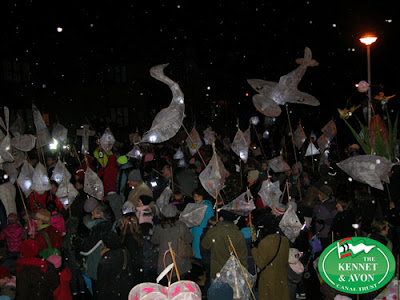 Posted by The Kennet Avon Canal Trust at 01:24 No comments:

Bradford on Avon lock will be closed from 8am on Monday 29th November to 4pm on Wednesday 1st December. This is to enable urgent repairs to be carried out to the lock structure and sluices.
British Waterways apologise for any inconvenience caused.
Enquiries: 01380 722859

More stoppages on this waterway:
http://www.waterscape.com/canals-and-rivers/kennet-and-avon-canal/boating/stoppages

You can find all stoppages at the url below:
http://www.waterscape.com/things-to-do/boating/stoppages
Posted by The Kennet Avon Canal Trust at 00:27 No comments:

British Waterways (BW) is due to make changes to boat licensing in 2011. Straightforward price changes will take effect from April 2011. The timing of other changes, subject to consultation, will be implemented as soon as our IT systems can be amended, which will not be before April.

The standard, 12 month pleasure boat licence fee will increase by 5.1% from April 2011 (before VAT). This represents a 2% increase above the current value of the government’s consumer price index (CPI) and is expected to generate additional waterway maintenance budget of c. £0.85 million for 2011/12. The Gold Licence fee will increase by 2.5% (before VAT). This is the weighted average of the increases pending for normal licences on BW and EA waters.

Sally Ash, BW’s head of boating, explains: “While BW’s grant settlement for 2011 is still to be announced, we have certainty that it will be at a substantially reduced level – DEFRA’s reduction is c. 30% over four years and this would translate to an annual cut for BW (England & Wales) of more than £3 million for 2011/12 with further reductions in the following years.

“We are often asked by boat owners for some longer term indication of increases, however, given current uncertainty about the economic situation, it is not easy to make firm predictions. However, I can say that our business plan for 2012 and 2013 projects licence price increases of 2% plus inflation in each year.”

BW is also proposing other changes to licensing. There has been an increasing trend in recent years where some boaters are purchasing shorter period licences consecutively rather than buying 12 month licences. Three month licences are currently priced at 35% of the 12 month fee, and six month licences at 60%. It is now proposed to revert to the 60% and 85% ratios from April 2011 in order to reduce licence evasion and therefore the cost of enforcement.

The late payment charge has been very effective in reducing the number of customers leaving their licence renewal until more than a month after expiry, but one in eight of all renewals are still left until after the expiry date. It is now proposed to extend its application so that more customers renew on time. In making this change, the qualifying date for the prompt payment discount rate will also be brought forward and its description changed to ‘early payment’.

Finally, the price of a replacement index plate will also rise to £20 (inc VAT) from April 2011 to reflect the true cost of this service, which has remained fixed for the past ten years.

All comments should be submitted to BW by 31 January 2011. The full consulation paper, including all the details of the licence fee increases, the proposed changes and how you can respond are available to download from www.britishwaterways.co.uk/listening-to-you/consultations-and-reviews/current-consultations
Posted by The Kennet Avon Canal Trust at 08:02 No comments:

Posted by The Kennet Avon Canal Trust at 00:12 No comments: 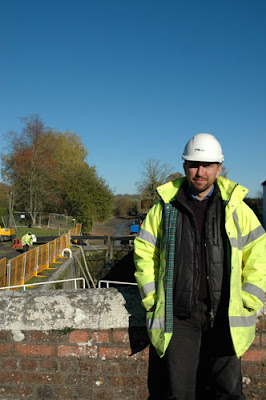 Above: Nick Lewis at Wootton Rivers

British Waterways is delivering a one million pound lock gate replacement and maintenance programme along the length of the Kennet & Avon Canal this winter, 200 years since the waterway was first built.

The celebrates its bicentenary this year, and as 2010 draws to a close a series of much-needed maintenance projects will be undertaken by British Waterways to ensure that the canal, which so many people enjoy today, can be protected for future generations to experience.

British Waterways will be replacing 12 sets of lock gates along the canal, including seven sets of gates at Caen Hill, where the flight of locks are listed as a scheduled ancient monument. Gates will also be replaced at , Heathy Close, Dunmill and Cadley Lock.

Each gate is hand crafted at one of British Waterways’ lock gate workshops and when the lock gates are craned into position on-site, the local British Waterways team will install them, making final adjustments to ensure they fit perfectly.

These works are part of a national £50 million vital makeover of dozens of historic locks, bridges and aqueducts which includes the replacement of over 100 handcrafted oak lock gates.

British Waterways looks after one of the finest examples of working industrial heritage in the world, including the third largest collection of listed structures in the , and the winter programme is part of the vital maintenance carried out throughout the year to keep the network in working order.

This year a programme of open days happening at sites across the country, including Caen Hill Locks, will provide a unique opportunity to take a closer look at the hidden workings of the waterways, as the water is drained away, and to see the massive task required to keep the canals shipshape.

, British Waterways’ operations director, said: “The recent announcement that England and Wales’ canals and rivers are to become part of a new ‘national trust’ for the waterways will give the public a much greater role in looking after this important part of the nation’s heritage. I hope opening up some of our lock gate replacements and other repairs will give people along the a chance to see the scale of the work we do to ensure that the waterways are preserved for today’s users and future generations, as well as gain an appreciation for the magnificent industrial heritage in our care.”

British Waterways spends c.£100 million each year maintaining its 2,200-mile inland waterway network, work that is funded through a combination of Government grants and income from commercial activities such as property and boat licenses. When British Waterways transfers to a charity, expected to take place in April 2012, funding will come through a long-term contract from Government, commercial revenue and growing charitable income.

Posted by The Kennet Avon Canal Trust at 07:17 No comments:

The Lantern Making workshop at the Trust Headquarters on Tuesday 9th November was a big success, with many exciting creations that will be displayed on 26th November at the Devizes Christmas Festival & Lantern Parade which this year is being redirected to the waterside to help celebrate the K&A 200 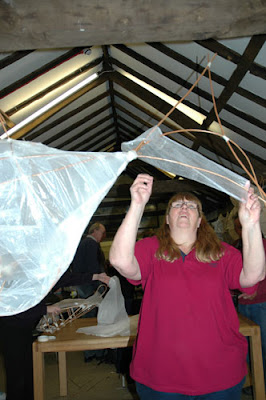 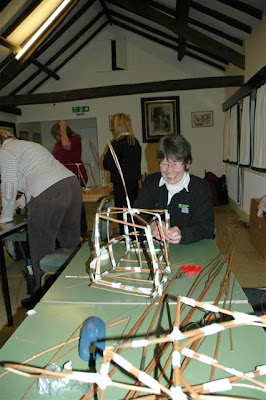 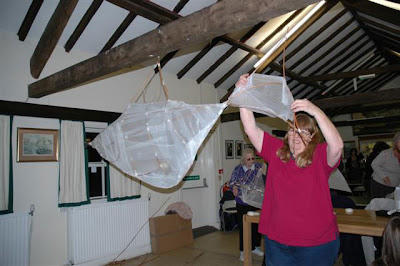 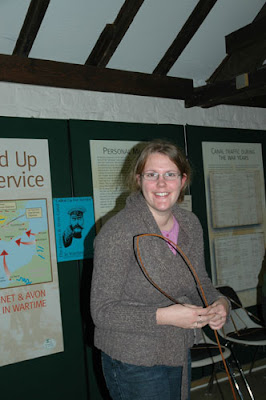 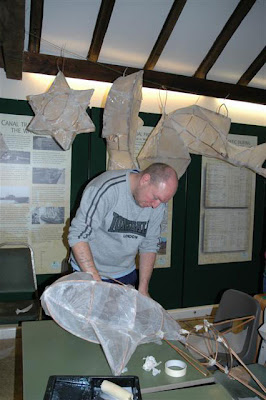 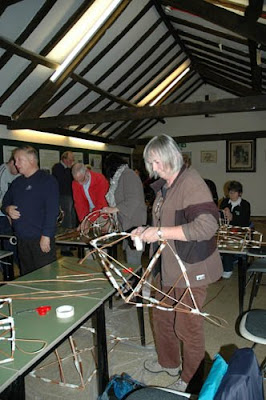 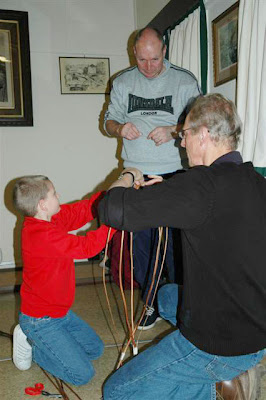 Posted by The Kennet Avon Canal Trust at 07:12 No comments: 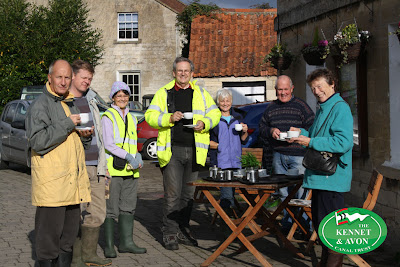 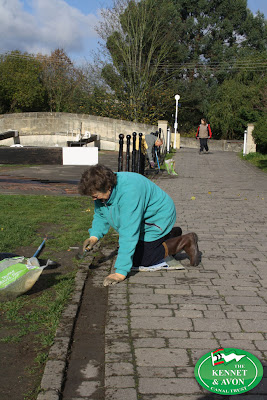 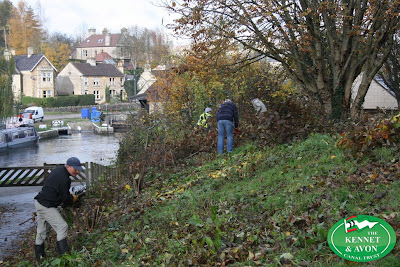 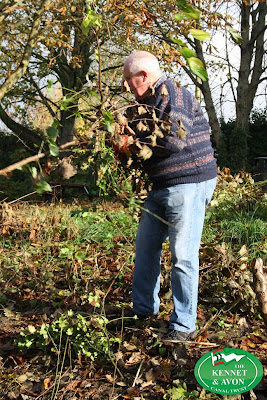 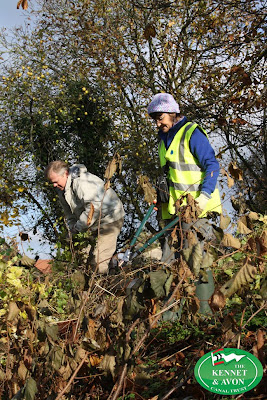 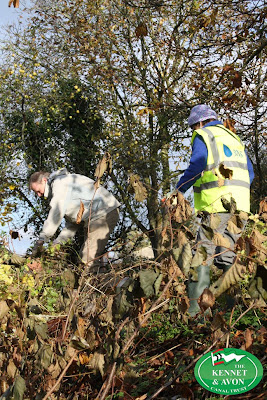 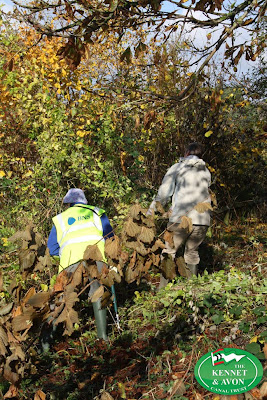 Pictures by Edward Ody
Posted by The Kennet Avon Canal Trust at 00:09 No comments:

Posted by The Kennet Avon Canal Trust at 02:05 No comments:

Have you lost a camera?

A Camera has been found at the Trust Tea Rooms, Bradford on Avon. If you think it might be yours please ring David Inight 01249 712977
Posted by The Kennet Avon Canal Trust at 01:27 No comments: